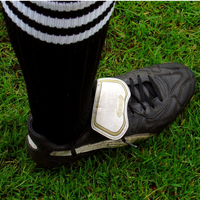 Did you watch the 2019 Women’s Football World Cup? Did you enjoy the skill, artistry and finesse of the women’s game? I know I did.

“The widespread coverage and high drama of the FIFA Women's World Cup has sparked football fever across the UK, with a record-breaking 6.9 million people watching England's most recent clash. There were still far more people watching men's World Cup matches, with 26.5 million viewers tuning in to see England knocked out last year. But there are some ways women's football is hitting the back of the net - while the male strand of the sometimes-beautiful game bounces disappointingly off the crossbar.”

The 2019 FIFA Women's World Cup was the eighth edition of the FIFA Women's World Cup, the quadrennial international football championship contested by 24 women's national teams representing member associations of FIFA. It took place between 7 June and 7 July 2019, with 52 matches staged in nine cities in France, which was awarded the right to host the event in March 2015, the first time the country hosted the tournament. The tournament was the first Women's World Cup to use the video assistant referee (VAR) system.

The United States were defending champions after winning the 2015 competition in Canada and successfully defended their title with a 2–0 victory over the Netherlands in the final. In doing so, they secured their record fourth title and became the second nation, after Germany, to have successfully retained the title.

I was really impressed with the artwork created for this world cup. In the run-up to the tournament, commercial brands were looking for interesting visual ways to promote and support the teams involved. From murals to posters and Google Doodles, big companies are creating interesting imagery with messages about visibility. Twitter UK is behind a series of murals of female footballers which have been springing up in cities around the UK, including Liverpool, Manchester, London, Edinburgh, Dunfermline, Irvine and Aberdeen. The social networking site has commissioned a group of female artists to create the pieces.

These are the artists inspired by the Women's World Cup: 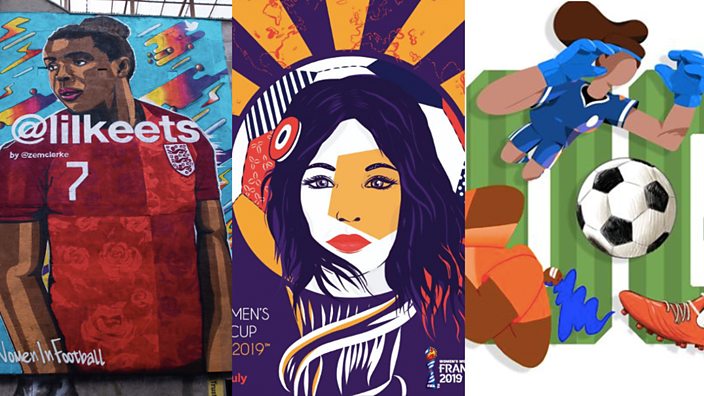 The artists inspired by the Women's World Cup - BBC Three

“This tournament was so anticipated, on a level that the Women’s World Cup hadn’t been before,” said Ruby.

So, in collaboration with Minute Books, and working alongside It’s Nice That’s art director Will Knight, she decided to mark it by choosing a ‘squad’ of artists worldwide to sketch the highlights of every game. Ruby emphasised that:

“The illustrators brought different styles, but they all had the same rules: use only white paper, crayons, pencils… use as much colour as possible.”

Are you a football fan? Which domestic team do you support? One of the top teams in the Premiership? Manchester City, Tottenham Hotspur, Chelsea, Manchester United or Arsenal?

Brilliant Wall Art have some aluminium letters you may like for your bedroom wall. They will spell out your admiration and support for your special team.

Each letter is aluminium & approximately measures H15cm, D1.2cm and they can be spaced as wide as you like. The letters can be displayed freestanding or easily glued to any surface.

Each letter is aluminium & approximately measures H15cm, D1.2cm and they can be spaced as wide as you like. Can be freestanding or easily stuck to any surface.

The Brilliant Wall Art online site has been designed so that products are easy to find using our handy search tool, or you can shop by category, style, shape, or price. Whether it is abstract metal wall art you want or a large contemporary sculpture, we make it easy to find the metal artwork you are looking for. Brilliant Wall Art provides the best value metal, glass and canvas wall art across the UK, with numerous contemporary metal wall art designs for the home, garden and office.

Finally, why not have a great day out in July and August and visit a Brilliant Wall Art show at the same time? Brilliant Wall Art are displaying their excellent wall art and other home furnishings and products at many events and festivals, including:

Bewdley Market on the first and third Sunday of the month

If you have any questions about our metal wall art and home accessories, please do not hesitate to contact us today.