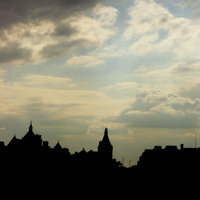 A North London street artist has recreated the harrowing image of the Syrian boy rescued from rubble in civil war-torn Aleppo, Syria.

The contemporary wall art, on The Meat House restaurant in King's Cross, depicts five-year-old Omran Daqneesh, who was rescued from a bombed building after an air strike. The heart-breaking image of the dazed little boy caused outrage when it was published by activists. This led to an outpouring of anger and frustration about the futility of war and how it is cruel and dehumanising.

'Pegasus Street Artist' has depicted the boy sitting on children’s play blocks spelling out the words "END WAR". It is a particularly unnerving, upsetting and a haunting image. 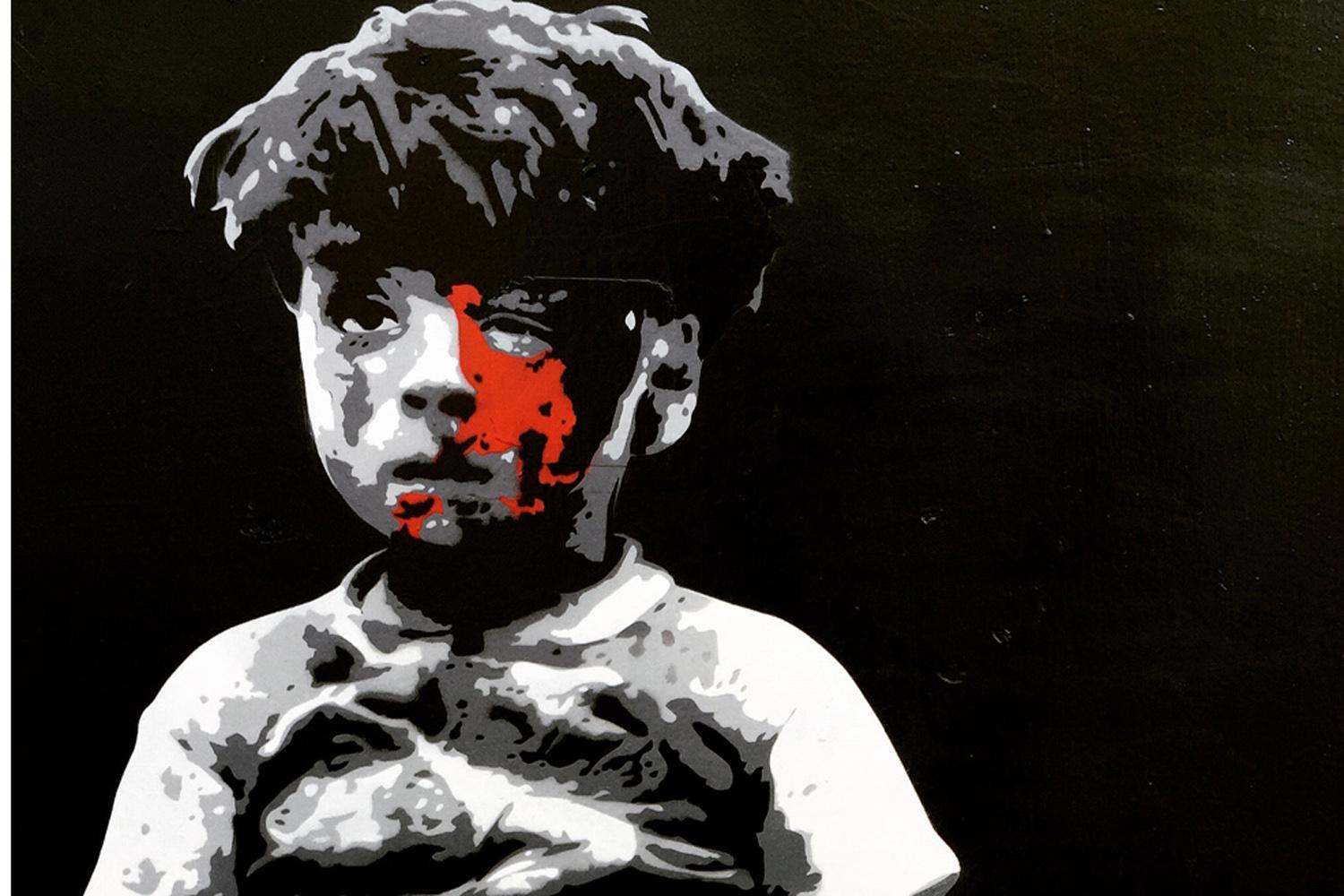 A London street artist has recreated the harrowing image of the Syrian boy pulled from rubble in war-torn Aleppo. The piece, on the The Meat House restaurant in King's Cross, depicts five-year-old Omran Daqneesh who was rescued from a destroyed build

Pegasus is the name and signature of an anonymous North London street artist. Originally from Chicago, his stencilled pieces usually reflect popular culture with a political twist, poignancy or controversy.

The artist has been influenced other artists which include Robert Rauschenberg, Keith Haring, Mr. Brainwash, Daren West the Neon Artist, Horace Panter, Eelus and of course Banksy.

Pegasus made headlines with a stencil showing the Duchess of Cambridge, Kate Middleton, as the Virgin Mary with Prince George of Cambridge as baby Jesus. The image, inspired by the 14th Century painting Madonna and Child by Italian artist Duccio di Buoninsegna, was created in honour of the arrival of the future King of England. Previous work featuring the royal family includes Queen Elizabeth dressed in her crown and Geri Halliwell's Union Jack swimsuit. The painting is located at the Caledonian Road. There is also a nude Prince Harry, inspired by the media images of him while he was holidaying in Las Vegas. This work can be found in the bathrooms of the Winchester Bar in Angel as well as at the skate park along the Embankment in London.

Pegasus is well known for ‘Fallen Angel’, an image of Amy Winehouse on the side of a Camden information centre (Starbucks) that was whitewashed over before being repainted and 'opened' by Winehouse's mother Janis in December 2013. The artwork was the site of an unofficial shrine for Ms Winehouse in the days after the singer's death in 2011.

Alexandra Burke, the chart-topping singer who won X Factor in 2008, was presented personally with a bespoke painting by Pegasus when she celebrated her 25th birthday. The Daily Mail called the canvas a "Banksy-esque piece", which sees Burke in full American Football regalia with the words 'Fresh' on it.

Pegasus created an image of swimmer Tom Daley on the Royal Vauxhall Tavern, London. It is a life-size street-art stencil of Britain's Olympic medalist brandishing a groin-level declaration that 'All We Need Is Love', complete with rainbow-hued love-heart. This piece addressed the debate over LGBT rights at the 2013 Winter Olympics at Sochi, Russia.

A less controversial image is this one of Betty Boop, Betty Boop is an animated cartoon character created by Max Fleischer. She originally appeared in the American ‘Talkartoon’ and Betty Boop film series, which were produced by Fleischer Studios and released by Paramount Pictures. She is probably the first iconic sex symbol on the animated screen featuring in comic strips and mass merchandising.

Metal wall art sculptures are the vogue way of brightening up any room, choose from our stunning range featuring colourful, creative and unique designs, our metal tree wall art being a particular favourite for both homes and offices. If you are a fan of modern wall art, we can guarantee you will find the perfect pieces to complete any room. A classic metal wall art guitar or campervan design is always a fun and conversational addition to a collection.

All our metal wall art items are carefully crafted from metal and easy you for to wall mount. Perhaps you know someone who loves metal wall art decor, with various designs across our site making an ideal gift for any occasion. With metal wall art flowers, fish, sailing yachts, lizards any much more to choose from, you will be spoilt for choice. Our handmade and hand painted glass wall art collection may also be of interest to you.

If you have any questions about our pieces, please do not hesitate to contact us today.