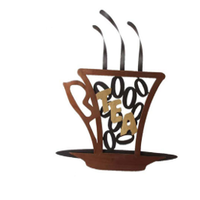 Would you ever have thought of Swansea as a mecca for eye catching artwork, unusual art, modern art, street graffiti and street wall art?

However, there is an astounding urban arts renaissance happening in Swansea and the surrounding area:

How art restarted the heart of Swanseaâs high street

Shoppers had abandoned the centre of town: so an innovative regeneration scheme invited the local creative sector in instead

Here are just a few of the highlights:

Photini graduated from the Royal Welsh College of Music and Drama, and is originally from Cyprus. She is now a Cardiff-based designer and maker. It was designed as part of the 'From the Station to the Sea' project.

At the time Photini said:

“I’d never painted a whole building before so that was interesting … I had planned to use traditional paint but the building is pebble-dashed so there was no way that could work — so another first for me, I used spray paint instead."

Underneath the house scene was originally artwork of people. This has now been replaced by an eye-catching frog.

The 'More Poetry Is Needed' art at the back of The Quadrant.

The striking slogan, on a plain black backdrop, was produced by Jeremy Deller, and sits on a large wall to the rear of the Quadrant Shopping Centre. It is unmissable, and often photographed, but many don't know the story of why it's there. The artwork was commissioned as part of a Dylan Thomas 100 project. Part of LOCWS International's ‘Art Across the City’ project, the artwork joined others in key locations associated with Dylan Thomas.

This is the work of students from the University of Wales Trinity St David's Swansea College of Art. It's part of the Swansea Streetwrap scheme that is aimed at brightening the appearance of the city. All the utility boxes are in the High Street, and take inspiration from cultural hotspots, such as Swansea Museum, the Glynn Vivian Art Gallery and the National Waterfront Museum.

One of the 'blue plaques' dedicated to an 'anonymous human' has been placed on a wall in King's Lane, off High Street, Swansea (Image: South Wales Evening Post), These have only recently started appearing throughout the city. Most of the area's official blue plaques honour local dignitaries - including Dylan Thomas, Vernon Watkins, Kingsley Amis and Ceri Richards. However, the latest plaques, which are printed stickers, have been appearing in several locations in the centre. They don't refer to any individual by name, but instead to an act of kindness from one anonymous person to another. They're thought to be the brainchild of a local artist.

Another work on stickers are the little dripping hearts that have been cropping up on walls throughout Swansea. They are simple and small hearts that appear to drip down the wall, as if they were freshly painted. They are the work of artist Bourdon Brindille, who is aiming to "bring a lot of love to the Volcano Theatre" for Valentine's Day.

The Pure Evil artwork painted onto the outside of Volcano Theatre in Swansea (Image: Pure Evil). Renowned artist Pure Evil has said he painted an enormous Liz Taylor mural on a key building in Swansea in a bid to reinvent Wales's second city. The landmark which graces the outside of the Volcano Theatre , was painted by the street artist, whose real name is Charless Uzzell Edwards. Dating back to 2016, the artwork was painted freehand - with the artist from Cwmtwrch taking two days and using a cherry picker to complete the work.

He said at the time:

“I’ve not spent that much time on a cherry picker before … A lot of people who have been creating murals at the moment are going bigger and bigger, you’re seeing a movement toward vast scale pieces … If you’ve got a grey area full of concrete and it’s run down, a bit of colour brightens the place up a bit."

Portrait of the Artist as a Young Octopus

The Portrait of the Artist as a Young Octopus mural opposite the train station. This work is the creation of artist Pete Fowler, and is one of his largest works. Opposite Swansea train station, it celebrates Swansea's most famous son, Dylan Thomas... with a cosmic makeover. Some of Pete Fowler's most recognisable images have been for the Super Furry Animals' albums and videos, as well as giant inflatable bears. The Dylan Thomas work is part of the ‘Art Across the High Street’ scheme, which aims to improve the appearance of Swansea city centre.

Another eye-catching artwork in the High Street. This could be mistaken for an advertising hoarding but is Rik Bennett's large-scale mural in the High Street. It refers to the many dance halls, pubs and clubs that used to thrive in the area. Another Art Across the City project, it is spearheaded by LOCWS International. Rik Bennett was born in 1966 and lives and works in the city.

Another tribute to Dylan

This statue is a tribute to Dylan Thomas. Close to one of Dylan Thomas's favourite pubs, the No Sign Wine Bar, the next artwork is also in Salubrious Passage. Halfway along is an architect's office featuring a cherub flying with three large marble books engraved with a quote from 'Fern Hill', 'as I was young and easy'. It was not from here that Dylan and a pal would heat up pennies on a Bunsen burner, drop them onto the street in the passage and watch unsuspecting pedestrians burn their fingers on them.

The mural on the side of the espresso bar. If you've ever passed by the Espresso Bar near the station and not noticed the huge coffee cup mural... you need something to wake you up. The work is one by professional artists Fresh Murals Co, which has a base in Humphrey Lane in the city. If you walk around the Humphrey Lane area you will see many more amazing murals.

These are just a few of the hundreds of examples of excellent Swansea street art that embellish the streets.

In neighbouring Port Talbort there’s even a Banksy. Residents woke up recently to what looks like a possible Banksy artwork in the town. The mural has been painted on two sides of a garage wall in Tai-Bach. One aspect appears to show a child playing in the snow with a sledge. However, when you walk around to the adjacent wall, you can see it is ash from a skip which has been set on fire.

If you appreciate fabulous wall art, then you must visit the brilliant, yet value for money wall art, at Brilliant Wall Art.

Brilliant Wall Art has many pieces of unusual wall art. These can be traditional, abstract or contemporary in design, derived from a range of different natural or man-made materials. My favourites are unusual pieces.

Brilliant Wall Art is the Midlands premier wall art, home and garden accessory specialist. Based in Birmingham, Brilliant Wall Art have been providing decorative metal wall art and home accessories since 2006 with our primary goal being customer satisfaction. Brilliant Wall Art expansive website catalogue of art work is only one click away.

If you have any questions about our contemporary or unusual wall art or any other of our unique art forms, please do not hesitate to contact us today.